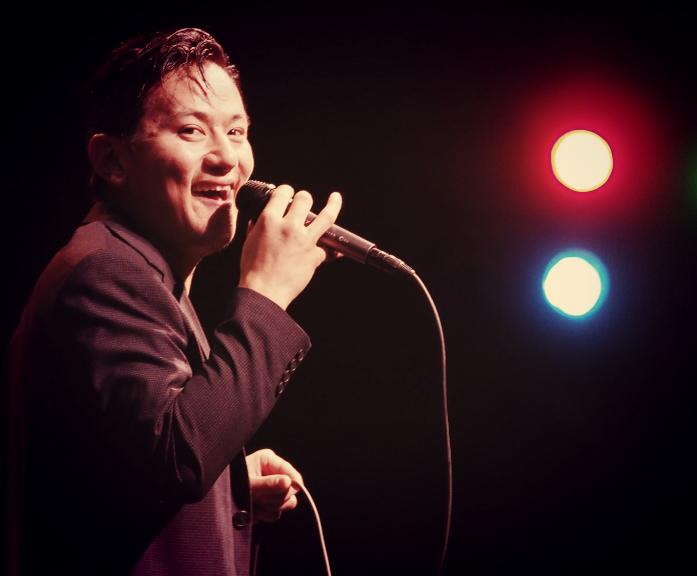 Biography of Raju Lama ( Mongolian Heart) | ArtistNepal.com
“Shayad timro baatoma mero paila nahola…” the very name of the song reminds one of the song that is catchy, upbeat and rhythmic. A song that made Raju Lama of the Mongolian Heart a heart throb of many. However very few know that this was his first recorded song in 1993.
Hard to believe but true, At first in 1994, it wasn’t much of a hit, blame it on the scenario, blame it on the composition. The same song did wonders eight years later in 2002. A totally new arrangement, a new style, and a whole new look, created quite a buzz.
Ten years have gone by and Raju Lama has come a long way. He has matured with time and experience and his pleasant, captivating vocals has become a household name.
Born on 16th March, 1978 in Baruwa 1, Sunchaur of Sindhupakchowk to parents Sukhbir and Yangchun Lama, he moved over to Kathmandu with his sister at the tender age of five. In Kathmandu , he started his early education and completed his SLC from Siddhartha Vanasthali School . His school years were the formative years of his career as he performed many times at school shows, continuously drawing his inspiration form the veteran singer late Arun Thapa. His performance soon caught everyone’s attention.
In his last years of school, he got together with similar minds in school and few other friends to form Mongolian Heart in 1992.
Mongolian heart started recording commercially in 1993 with Raju Lama on the vocals.
“Solitni” their first album with 8 songs was released in 1994. “Baadaluma Luki Basne” was the highlight of the album which was an average seller.
Raju Lama once aspired to join the British army, He also wanted to get into a technical line as a professional. However his passion for music and singing dragged him away from them.
He gave up the idea and continued to strive for his passion.
Working with the band, they released another album in 1997, titled Mongolian Heart, which gave them their much needed platform to make Raju and his band what they are today. Then it was another one called Mongolian Heart 2 in 1999, and yet another one, Mongolian Heart 3 in 2002.
Music aside, this ever smiling Piscean loves to take photographs, make new friends, travel and visit places, which he gets to do quite a bit through his performances in various countries worldwide. He gives his sister Lhamu Lama all the credit to his success, name and fame. Nurturing him from the age of five, she has been his constant support is all his endeavors to what he is today.
Raju, a firm believer in God, is also actively involved in social work through Greenlife Buddhist Society Nepal , an NGO involved in social service and Nepal Tamang Art and Culture Centre.
His restaurant “ Lhasa ” in Thamel, Kathmandu is a popular hangout for the young crowd of Kathmandu. One opportunity for them to know him up close and personal
T his Major English and Sociology graduate’s journey into the musical world carries on with ever more zeal, passion, more effort and greater dedication !!!