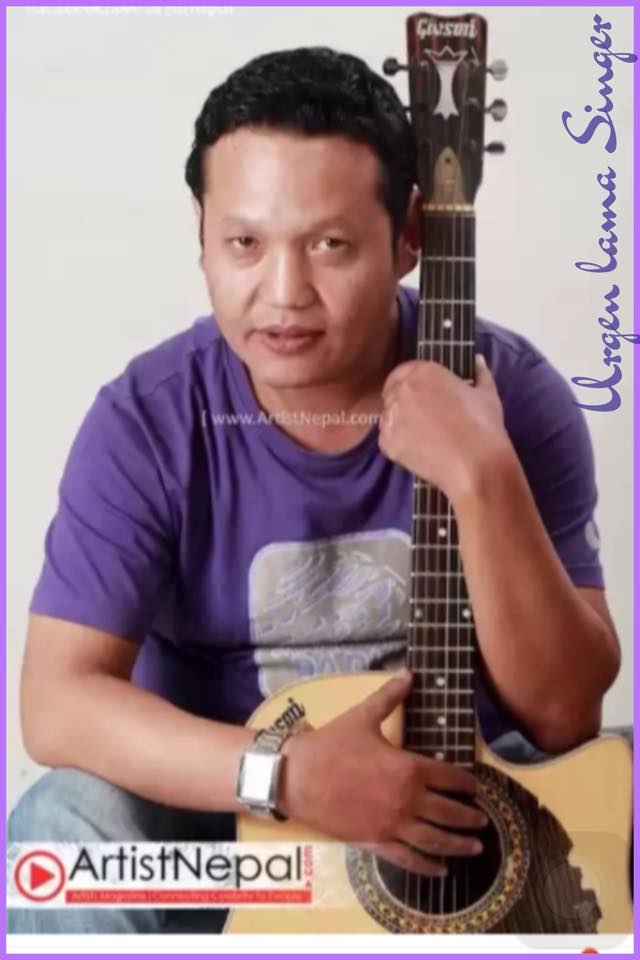 Introduction
Urgen Lama (born December 24, 1978 A.D. / Poush 9th 2035 B.S. ) is a Nepali singer-songwriter and composer. He was born in Pokhari, Narayansthan, Kavre, and raised in Katmandu, Nepal. He made his entry in the music field officially from the date of 2066 B.S.(2009 A.D.).
Early Life
He came in Kathmandu to struggling for music and played tabala in Band. He interested to learn tabala but only he learned for six months but after the expire of His Music Teacher(Guru) he together with his friends and form Band named ‘Eternal’ where he was one among Lead vocalist. The band was getting some positive response in the year of its formation (2051 B.S.) and as a result, they released the band’s first album titled “Pal Pal Ma” in the year 2052 B.S. But, due to two lead vocalists in the band, they went through series of tension within the band. Eventually, disbanding was an inevitable reality. The misunderstanding didn’t let him to stay in the band further and he quitted. Then there was a long halt in the musical career. But even this couldn’t stop him from doing music. Though he was grounded, he took this time as productive time and started rehearsing and practicing music. Eventually, he made up his mind to do a solo Album. He had polished his skills in singing. He then studied about the music public would like and did a detailed market study on his own. Let’s see what he has to share further.
Further Planning
Recently he is learning and studying about music and market in detail and planning for his next upcoming Album. He is collecting lyrics, compose with different persons involved in music and other media fields and trying to give different music for his fans. His previous Album titled ‘Yarchagumba’(2013 A.D.) marketed and distributed by Asian Music and supported by different media partners ArtisiNepal.com, which is very popular among listeners and audiences.