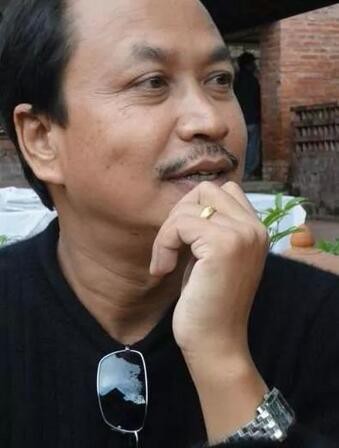 Prakash Sayami (born 21 March 1965) is a Nepali film director, writer and producer. But more than anything else, the writer of ‘Barshadi Dinharu’ is a collector of books. In fact, he has his own library at home. His shelf is full of books from English, Hindi and Nepali language. He is an independent film maker and he has directed 6 feature-length movie. He is best known for his superhit Nepali movie Simana.

Apart from film making he takes part to various International events like WIPO-Asia pacific Regional Symposium. In 2008, Prakash Sayami was elected as Vice-President of the Music Royalty society of Nepal which aims to protect musician’s copyrights nationally and internationally. Sayami studied film making in Bombay. From 1986, he worked as an assistant director and scriptwriter on many commercial Nepali films. He made his directorial debut in 1993.

Sayami has directed Prithvi, Simana, Avtaar, Zameen, RaniKhola, and Hatiyar. A prolific writer, Sayami writes in Newari, Hindi, English and Nepali. He has written extensively on the craft of film making and has published poems, songs, essays, plays, and biographies. A well known film critic, media guru, and music promoter, Sayami has managed FM stations all over Nepal, and has conceptualized and presented popular programs on Television.