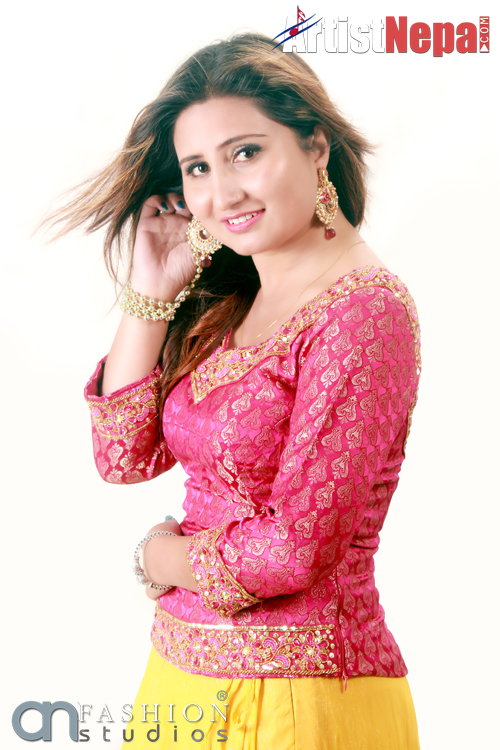 Anju Panta (अन्जु पन्त) is a Nepali ghazals and playback singer. Having lent her voice to popular numbers like the title song of Ma Timi Bina Marihaalchhu, Bhun bhun bolyo bhamara of Saput, Dil yo mero dil in Kismat, and Sustari sustari mannma for Darr, Anju has sung for 18 films and more than 100 Nepali melodious songs both in duets and solos.
Personal life
In the year 2002 she got married to Manoj Raj Siwakoti. Manoj is also very popular modern and classical singer of Nepal. They have a daughter too. Currently they are separated. After divorce Anju Panta has changed her religion from Hindu to Christianity.

Awards
In December 2009, at the 13th Close Up Hits FM Music Award function, she collected most of the titles, including Best Female Vocal Performance, and Best Record of the Year for “Nabirse Timilai”, which is her biggest hit to date.