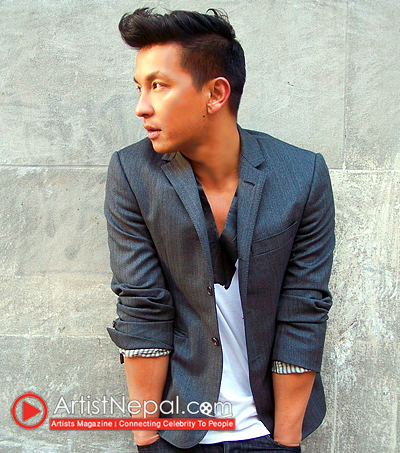 Innovative and with a unique design perspective, Prabal Gurung has made his mark on the world of fashion as a truly artistic designer and visionary. This Fall 2009, Gurung launches his first eponymous collection.

Gurung was born in Singapore and raised in Kathmandu, Nepal. He went to St. Xavier’s school a reputed Catholic Jesuit school in Kathmandu from where he finished his high school.

Gurung was born in Singapore and raised in the Kingdom of Nepal’s Kathmandu. Prabal began his design career in New Delhi, India., India that his design career truly began to take off. While studying at New Delhi’s National Institute of Fashion Technology, he apprenticed at several local production and fashion houses and designed with Manish Arora. Gurung’s travels took him to Melbourne and London, where he assisted stylists for various fashion shows and international publications. His transcontinental crossings provided the perfect base for unique experiences in the industry’s most eclectic fashion meccas. In 1999, after seven years of trotting the globe, Gurung moved to New York City.

He began his career in New York interning for Donna Karen while attending the city’s prestigious Parsons School of Design. In his first year, he was awarded the “Best Designer” title at the annual Parsons/Fit design competition. Soon after, he garnered rave reviews for his work in design from media outlets such as CBS News, Paper Magazine, and The New York Times.

After Parsons, Gurung spent two years with Cynthia Rowley’s design team, which allowed him to gain even more invaluable experience on both the design and business end of New York’s highly competitive fashion scene. Soon after, he became the design director at Bill Blass. After five successful years, Gurung left his post at Blass to launch his own collection, PRABAL GURUNG.