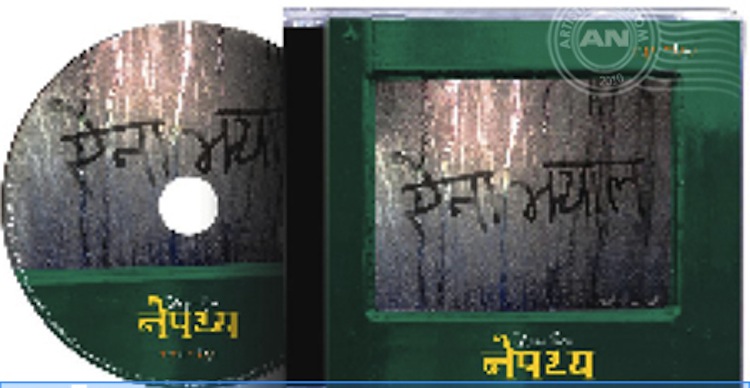 A glimpse of a new track from Nepathya’s unreleased album has been made public to the fans of Amrit Gurung through his Face Book page.
A short video clip of Nepathya’s song – Joga le Hunhca bheta has been made public through the Face Book.
Amrit had asked for 100 responses to his question in the Face Book and had promised to post the clip of his song. All it required was overnight to make him obliged to fulfill his promise.
The response to this posting has been overwhelming as well.
“I am glad people liked this song.” Said Amrit as he browsed through his Facebook page. ‘I was told there were numerous pages on face book related to Nepathya and me which is run by other fans. So, I thought of having my own page by my name under the musician/band category.
In addition, Nepathya’s producer plans in using unconventional ideas to promote Nepathya’s awaited album, due to be released early September.
“We are trying to use mediums which are under public domain and not under the domain of few individuals.” Said Kiran Krishna Shrestha of nepa~laya. “We are trying to open up public interaction with the band as much as possible.”
The album comes at a time when the music market is suffering in Nepal. With physical sales going down and piracy picking up, Nepali music has seen a steep down fall in terms of physical sales.
“We are aware of the fact that the market of physical sales is very poor, but we believe it will revive. It is not that there are no listeners, the problem lies in reaching the albums to the potential buyers.” Said Kiran. “There is a serious hole in music distribution system but I am optimistic it will improve once few good albums come to the market and people start demanding for it.”
The current Nepathya album is being taken as Nepathya’s come back to main stream music after 7 years since its acclaimed album Bhedako Oon Jasto. With two social albums (Ghatana and Mero Desh) thereafter, Nepathya and Amrit has been involved with peace concert tour through Nepal during war, when people were reluctant to travel.
Nepathya’s 9th album (title of which is still kept a secret), consist mainly of folk-rock numbers.
The album is all set to be released in early September.