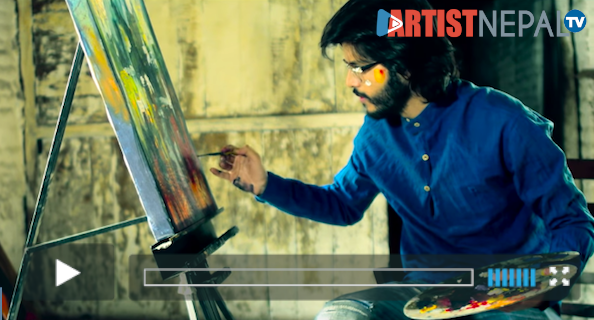 KATHMANDU: Pursuing his musical passion, singer Shantim Koirala has put forth his new music video. His new offering is ‘Baljhi Baljhi Dukhchhau Timi’ and it was released on June 18. The song has been taken from his first album ‘Uttar’ which was released in 2069. The second track of the album of six songs has been written by Rabi Malla, composed by Ram Sitaula and arranged by Fanindra Rai. The music video of ‘Baljhi Baljhi Dukhchhau Timi’ is a presentation of The Sano Team. One can see ‘Boli Chali Baree Huncha’ singer Koirala in the music video as a painter with Aagya Niraula.

He is impressive as an actor and his dedication for his character in the music video is praise worthy. He gave his eight months to be in the character. The music video of the tragic song has been directed by Anil K Manandhar (Anequreal) with Jeewan Chaulagain as the assistant director. Manandhar is also the director of photography while Shilan Lamsal has edited the music video.