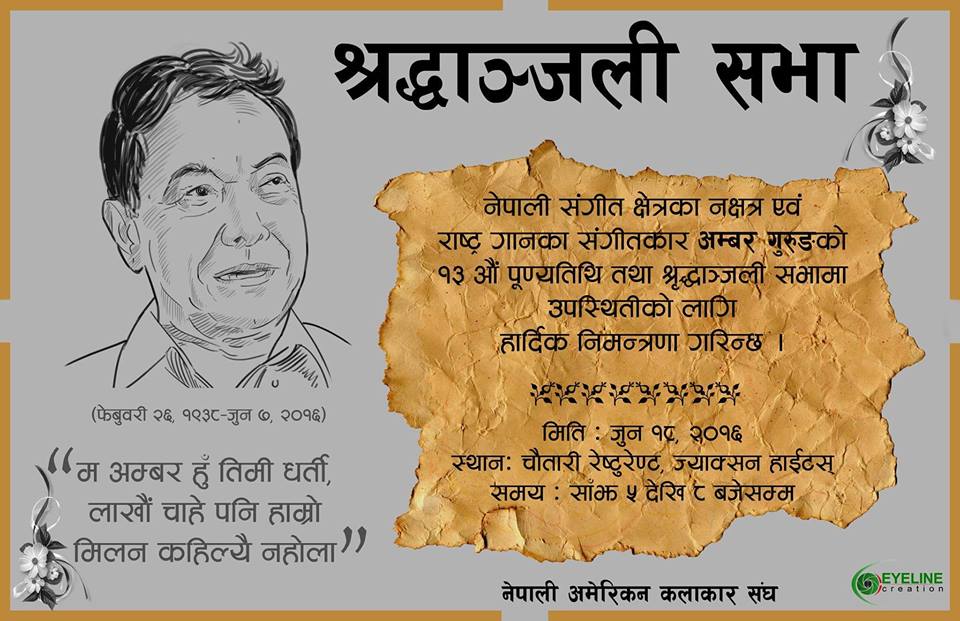 KATHMANDU: Legendary musician Amber Gurung who passed away on June 7 was remembered in New York, USA on June 18. In an event organized by American Nepali Kalakar Sangh, people gathered to offer their condolences to the late musician.

journalists, scholars, social workers, artistes and businessmen along with the main guest Krisu Chhetri. And on the 12th day of his death, he was remembered through his music. His creations were performed by the artistes at the programme.