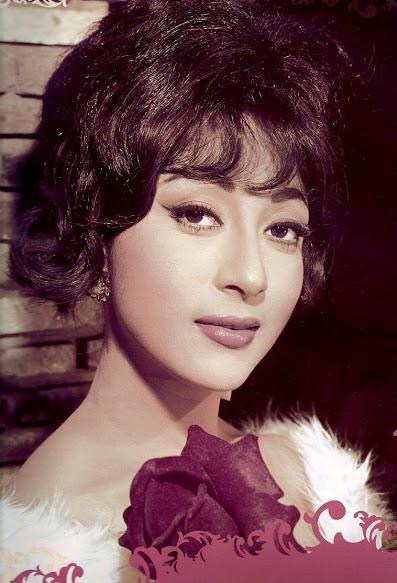 Mala Sinha (born 11 November 1936 in Calcutta, India) is an ethnic Nepali actress who has worked in Hindi, Bengali and Nepali films. Recognised for her talent and beauty, she went on to become a popular leading actress in Hindi films from the early 1950s until the late 1970s. Sinha has starred in over a hundred film productions: popular ones include Pyaasa (1957), Dhool Ka Phool (1959), Anpadh, Dil Tera Deewana ( both 1962), Gumrah (1963), Himalaya Ki God Mein (1965) and Aankhen (1968).
In 1966, Sinha went to Nepal to act in a Nepali film called Maitighar when the Nepali film industry was still in its infancy. This was the only Nepali film she did in her career. Her hero in the film was an estate owner called Chidambar Prasad Lohani.[8] Soon after, Mala Sinha married C. P. Lohani with the blessings of her parents. From the beginning theirs was a long-distance marriage with Lohani based in Kathmandu to look after his business and Sinha living in Bombay with their daughter Pratibha. She continued acting after her marriage.