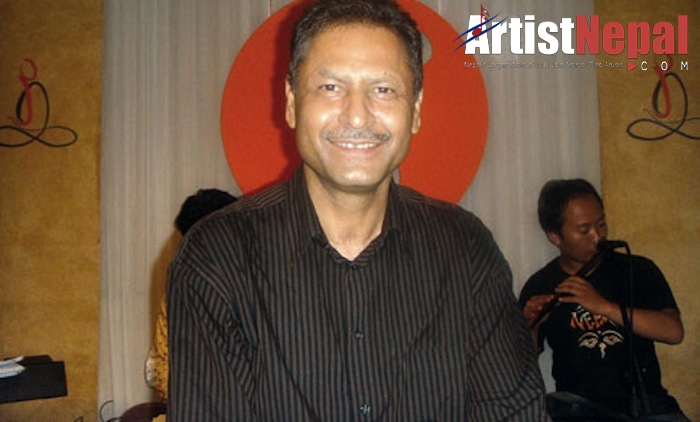 August Paleti will feature lyricist Dinesh Adhikari, where he will share stories down his memory lane as the Paleti team will perform his songs.

He has also penned songs for the Nepali films.

This Palti will be a combination of classic creation of Lyricist Adhikari and a few new unrecorded compositions as well. The songs will be presented by Suraj and Meena of the Paleti team.

“With this show I am entering the Paleti hall of fame. Paleti has been active in preserving the musical history related to Nepali Adhunik,” shared Dinesh Adhikari. “I am glad to be involved with the show which also gives space to non singing creators like us. I look forward to meeting and sharing my songs with my well-wishers” he added.

Paleti Coordinator Aaavas says, ‘Paleti aims to include all the creators contributing to Nepali music. I am glad Dinesh dai agreed to our request.” Paleti, is a musical event series organized by nepa~laya on last Fridays of the Gregorian month. Paleti with Dinesh Adhikari will be oganised at nepa~laya’s ‘r’ sala on Friday 27th of August 2010.