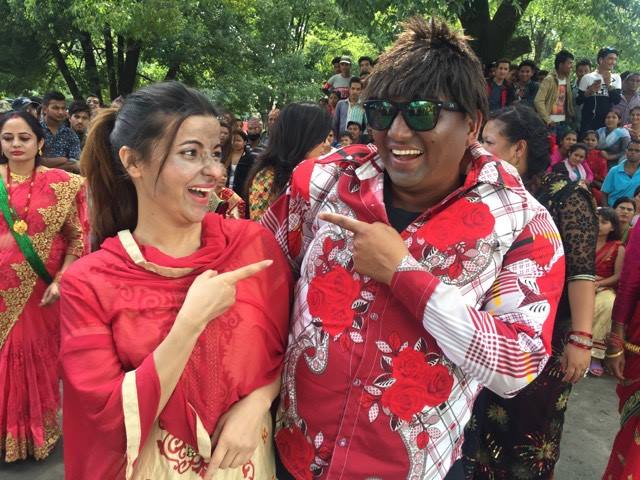 It is a well-known fact that everybody wants to be famous and to do something good for others. People these days go largely to fulfill their desires by taking a loan. That is happening with Shankar BC and Sushma Adhikari in this music video. Laxmi Acharya has come up with her new Teej song “Vitamin” which is now out in YouTube. Sai Vision Pvt Ltd has produced the album. Popular folk singer Khuman Adhikari and Laxmi Acharya has lent their melodious voice where as Netra Aryal has penned the song. Prakash Bhatta directs the music video. Models like Shankar BC and Sushma Adhikari has acted in this music video. Karan Chaurasiya is the cinematographer as well as Bishnu Sharma has edited the music video.