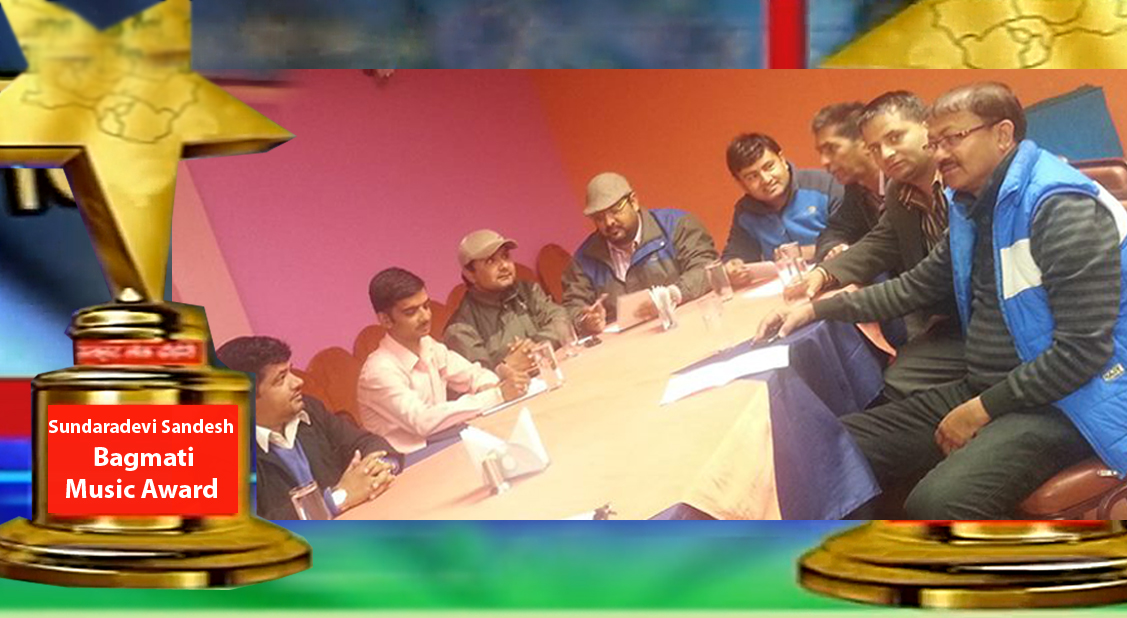 To honour the best songs, music of the year 2072 and artistes behind them, Sundaradevi Sandesh Bagmati Music Award is back for the second time…[+]

KATHMANDU | ArtistNepal: To honour the best songs, music of the year 2072 and artistes behind them, Sundaradevi Sandesh Bagmati Music Award is back for the second time. With the slogan ‘Nepali music is our identity and to honour the artistes is our campaign’, the Award is scheduled to take place in Jestha 15. And it is requesting artistes and music companies to register their songs for the Award.
Sundaradevi Sandesh Bagmati Music Award will be a grand celebrationof Nepali music. To make it successful, it has formed a 7-member advisory committee . They include senior folk singers Narayan Rayamajhi and Durga Rayamajhi, and senior film director Pradip Kumar Uday among others. Moreover, it has also formed 9-member committee which includes President Kiran Prasad Adhikari, Member Secretary Pankaj Sharma and Programme Coodinator Anita Adhikari while other members include Raj Neupane, Manoj Thapa, Gita Adhikari, Bishnu Chhetri,Praladh KC and Subin KC.
The Award will honour the best of songs and music of films, contemporary and folk music. Their different categories include Best Patriotic Song, Best Lyricist, Best Composer, Best Singer (Male and Female) and Best Music Video Director among others. The nominations will be decided by the organisers, advisory committee and a jury.
Sundaradevi Sandesh Bagmati Music Award is being co-organised by Rastriya Lok Tatha Dohari Geet Pratisthan, Bagmati Anchal Samiti and Jeela Karya Samiti Nuwakot. ArtistNepal is the official media partner.