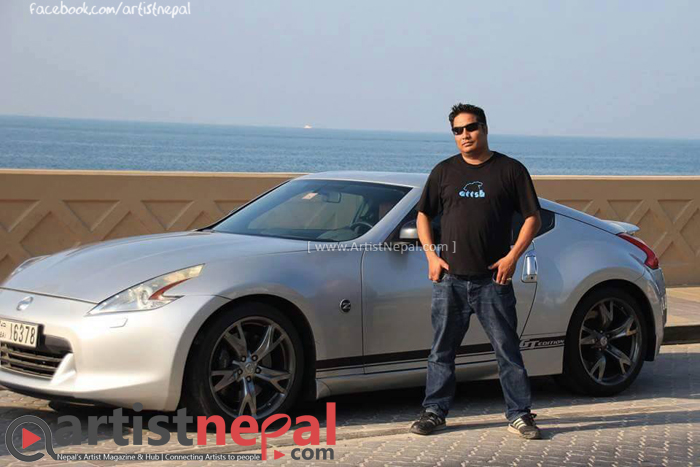 As we already know The Messenger band has already given 3 hit albums on the music industry..[+]

The famous Nepali band “The Messenger” is now ready to come up with new music video from 4th album “Timro Yaadle” titled as “katdaina chiso raat”. The main vocalist Rajesh Hamal is quite excited to share his creation to his awaiting fans and says “You can enjoy the beautiful scenario of Dubai and as well as heart touching act of model Sabu Kunwar and Pabitra Bhandari on the video and Rabi Sayami has made great effort as camera person and director, and thankful to Usha bhatta as lyricists and Sankar Paudel for all his support.

As we already know The Messenger band has already given 3 hit albums on the music industry and hit numbers like Timibina pani, Navana mero maya, Nisturi mayalu and more. Beside the hardship on music, we believe to continue our message to audience and that is what we have been doing since 2 decades adds vocalist Rajesh Hamal.

Talking about musical influences Rajesh Hamal recalls being influenced by senior brothers from his “tole” (area) during his childhood. “To learn guitar in our days was not an easy task. Unlike these days, it was very hard to even purchase a guitar back then; not only were the expensive for us students, but they were also not easily available in the market,” he says as he recalls his initiation into music. Still, he learnt how to play the hollow guitar with his big brothers and sometime remembered the happiest moment when Messenger’s song Nisthuri Mayalu was played by Radio Nepal first time.

These days, all three members of the band have their own businesses to run besides their music. The two Hamal brothers organize various musical events and have been promoting new singers. They even have an event management company called Revel Pvt. Ltd of their own. It has been rather difficult for the band to fill in the gaps that their seven year hiatus has created. Still, with much hard work, the band has come up with its first album as a team and its fourth album as Messenger. The album “Timro Yaadle” will released nation-wide this month.