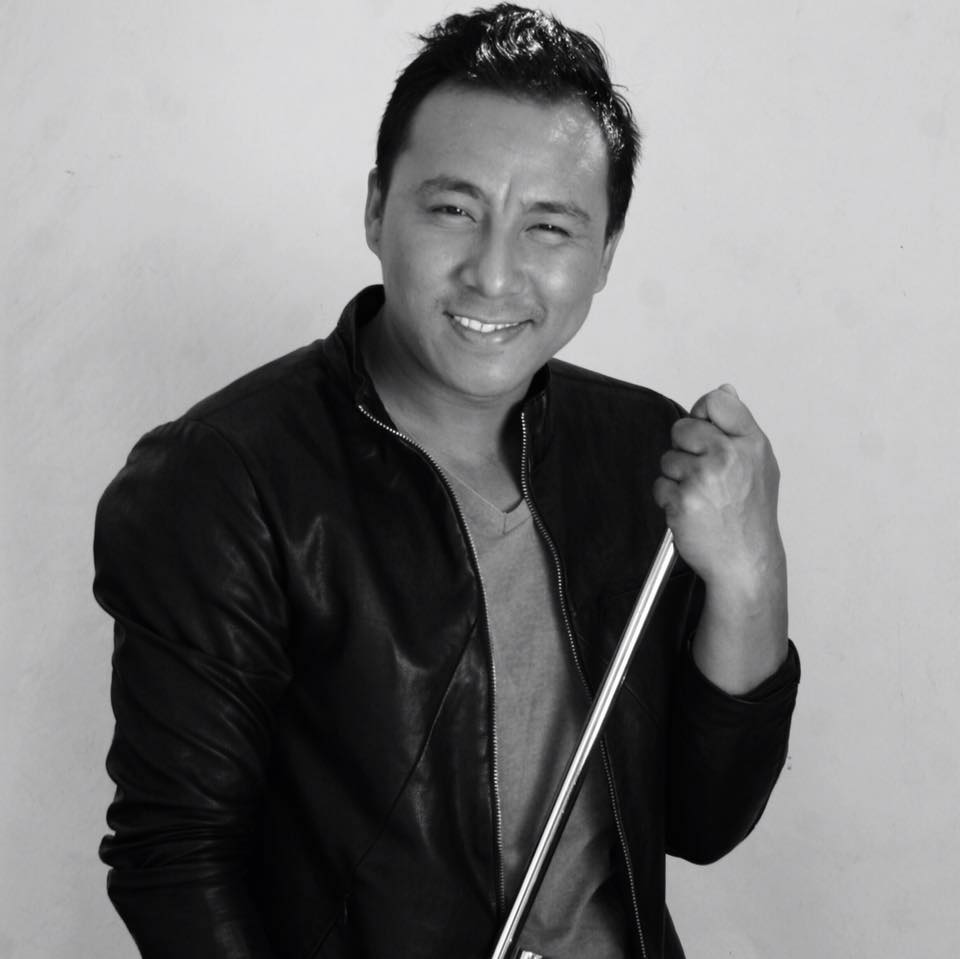 Rising above all: Santosh Lama

Santosh Lama is a Nepali singer. He entered Nepali music industry after he won the singing reality show — ‘Nepali Tara 2’ in 2007 AD. The talented singer has since lent his voice to filmy songs and collection albums while he has released three albums of his own. From semi-classical songs to pop to R&B numbers, He has proven his singing ability through songs like ‘Batuwa’, ‘Behuli’, ‘Pheri Farkera’ and ‘Jindagiko Goretoma’ to name a few.

Santosh was born on July 21, 1986 AD in Naubise, Dhading. He was born into a middle class family to Bishnumaya and Surendra Lama as the youngest son. His father passed away when he was a child.
He has one sister and two brothers. And it was his siblings who introduced him to music. They used to hum popular songs of that time, while radio or cassette player was played at his home. Even though he was not from a musical family, they always supported Santosh in his musical endeavors.

He started out with singing competitions. The ‘Batuwa’ singer began with ‘Timro Sur Mero Geet’ when he was studying in Class 8. He secured third place in the competition, and he also participated in other national singing contests later.

Initially Santosh was into ‘rhythm’ more than singing. He used to produce beats by hitting tables to the songs played on radio. Due to his love for rhythm, he also took tabala lessons when he was 17/18 years old. Then, he thought he was good in producing rhythms but he realized it was tough after few tabala classes. He took table lessons for two years starting from 2058/59 BS with Prem Chandra Ohjiaya before moving to vocal lessons in 2060 BS in Do Re Mi, Jamal.

Santosh won the title of ‘Nepali Tara 2’ in 2007 AD. As the winner of ‘Nepali Tara’, he was introduced to Nepali music industry.
Of the win, he says, “It established me as a singer in the industry. Due to the title, I didn’t have to struggle to introduce myself to the audience and people of the industry. People got to know how I sing.”

However, “it didn’t go as I had expected. The win didn’t fetch me all the name and fame. I had thought that I would become a celebrity overnight and I didn’t have to worry about my career”.

The title of Nepali Tara didn’t bring any drastic change in his life. And with time, he had to prove himself as a singer too. Due to load shedding that had crossed 19 hours in those days, and other technical issues, the album promised by ‘Nepal Tara 2’ win didn’t release on time.

Santosh recalls those years as “worst time of my life”. He was little frustrated when people used to ask him when his album was coming out.

But in the gap of three years, Santosh ventured into films as a playback singer as well as lent his voice to few collection albums. He started playback singing with Chetan Sapkota’s ‘Ke Saaro Chitikka Mileko’ for the film ‘Bhagwan Sabaiko’ and went unto sing for films like ‘First Love’, ‘Visa Girl’, ‘Ek Din Ek Raat’, ‘Swor’ and for films that were not released, during this period.
Santosh had to prove himself when he faded away in those three years, and his debut album — ‘Batuwa’ in 2010 did just that. And title song ‘Batuwa’ earned him nominations in many Awards while he won Best Newcomer at Annapurna Awards. The song ‘Kasle Suruwat Garyo Hola’ from a collection album was released during the same time — this song took him to another level as a singer.

For Santosh, music is “everything”. It is the medium for him “to live”. And he has given back to the Nepali music through solo albums, collection albums and filmy songs as well as his stage performances. In his career of more than one decade, he has come up with three solo albums as a singer while he has sung for about 50 collection albums, and more that 40 films.

Penned by Roshan Bhattarai and composed by Nhyoo Bajracharya, ‘Akshata’ is an album of six songs. Out of six songs, music video of two songs — ‘Myalu Muhar Timro’ and ‘Sayau Choti’ have been released.

He carved niche in the music industry with his first album ‘Batuwa’ and attained more popularity with numbers like ‘Behuli’, ‘Maya Garchu’, ‘Kya Ramro Gaun’, ‘Mayalu Muhar’, ‘Ghaat Ko Jindagi’ and ‘Narisaune Manche’ among others.

Santosh got married to Geeta in 2014. They met in the second edition of singing contest — ‘Nepali Tara 2’ where both had participated as contestants. He lives in Lagankhel with his family.
Trivia:

—When he is not doing music, he is hanging out with his friends or reading books.

—Santosh takes ‘struggle’ as a part of life.