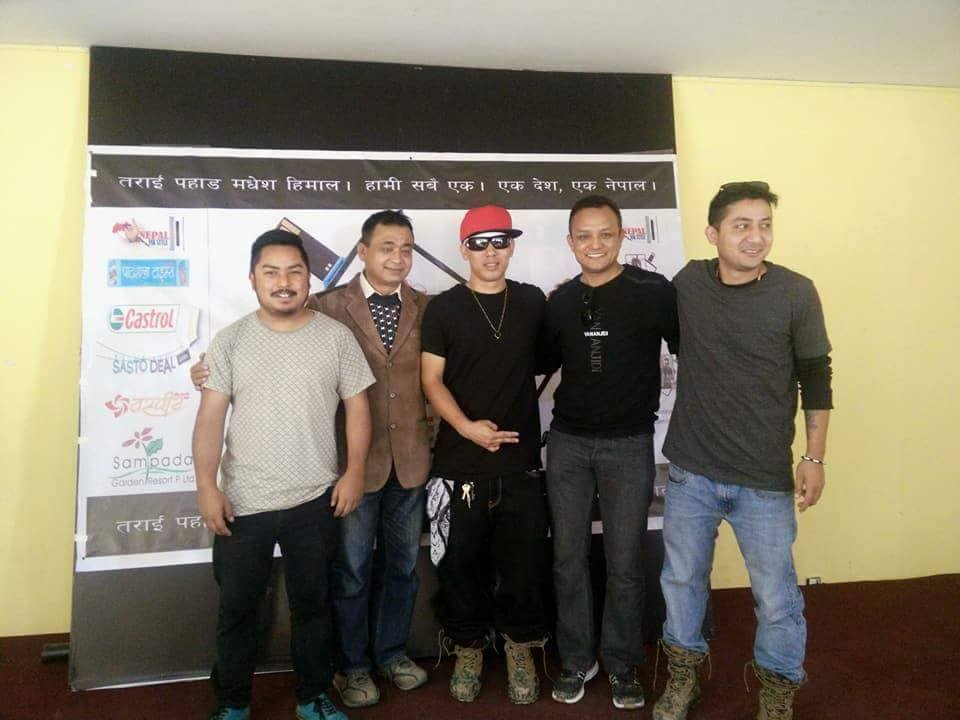 ArtistNepal- Smriti Sapkota/Kathmandu
After 11 long years, Nirnaya NSK released his 6th studio album “ek Nepal-NSK Style” in a 16 GB atm shaped pen drive. He is a well-known hip hop singer/ rapper and a social worker. He is the founder, engineer, performing artist, concept developer and motivator for the Nirnaya Da NSK’s Tour for Education that started in 2006 with the theme ‘Education is the Foundation of Life’. Some of his hit works are “din pani bityo”, “ma nepali”, “gaule jiwan”, “mechi dekhi mahakali” etc. This album includes songs like “aja mero Nepal” , “happy birthday-wishing you” , “you can-stop aids, keep the promise” , “ma timro nepali” etc which sends positive messages to the audience as well as promises to be in hearts of the people in the years to come. Also, the songs and videos from his previous album “mechi dekhi mahakali” which was not distributed in the market due to technical reasons is included here.