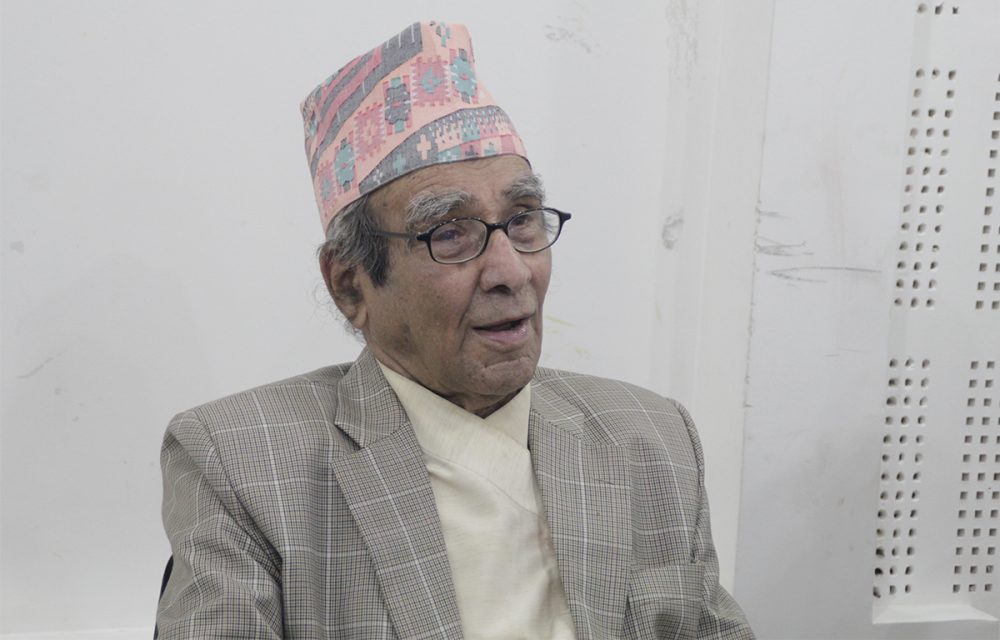 Madhav Prasad Ghimire (23 September 1919 – 18 August 2020) was a Nepali poet and scholar. He was honoured as the Rashtrakavi (National Poet) by the Government of Nepal in 2003. Some of his acclaimed works include Gauri, Malati Mangale, Shakuntala and Himalwari Himalpari.

Born in Lamjung, and educated in Kathmandu and Banaras, Ghimire had a career in literature spanning 86 years in which he wrote epic poems, plays and essays, composed popular songs like “Gaucha Geet Nepali” and “Nepali Hami Rahaula Kaha”, and contributed to and edited literary journals and newspapers. He was the Vice Chancellor of the Royal Nepal Academy for 10 years and Chancellor for two more. He was composing another one of his epics, Ritambhara, when he died of respiratory problems in August 2020, aged 100. He was a recipient of the Order of Gorkha Dakshina Bahu, Tribhuwan Pragya Puraskar and Sajha Puraskar, among others.