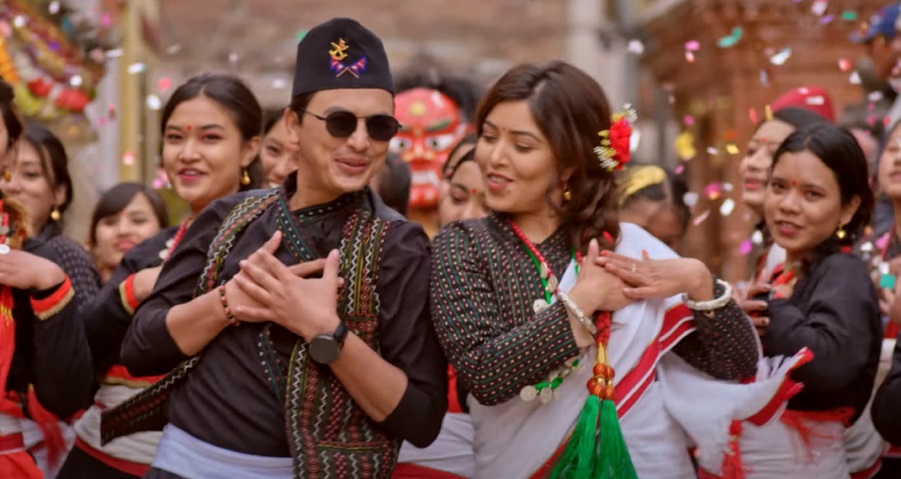 The team of the movie ‘MA YESTO GEET GAUCHU 2′, which is going to be released on the 13th of this month, has adopted a new style in publicity. While most producers and directors are using only the song, trailer or teaser of the film as a weapon of publicity, director Sudarshan Thapa has started a new trend in publicity by making promotional songs in Tharu and Nepali languages.

After releasing the promotional song in Tharu language on Wednesday, Nepal (Newari) language promotional song has been released on Thursday. The song, sung by Aashraya Ranjit & Kalpana Shrestha, has lyrics and music by Naresh Yogi.
The video features NEPAL BHASHA cast along with the film’s lead hero Paul Shah and heroine Pooja Sharma in Newari dress.

As ‘MA YESTO GEET GAUCHU 2’ has become a brand in itself, many expect the audience to come to the hall. Similarly, there are some who believe that the film can reap the benefits of Paul and Pooja’s stardom.
As the audience also believes in Sudarshan Thapa, who is considered to be an expert in directing love story films, the market for Nepali films seems to be heating up. The songs of the film are also strong.