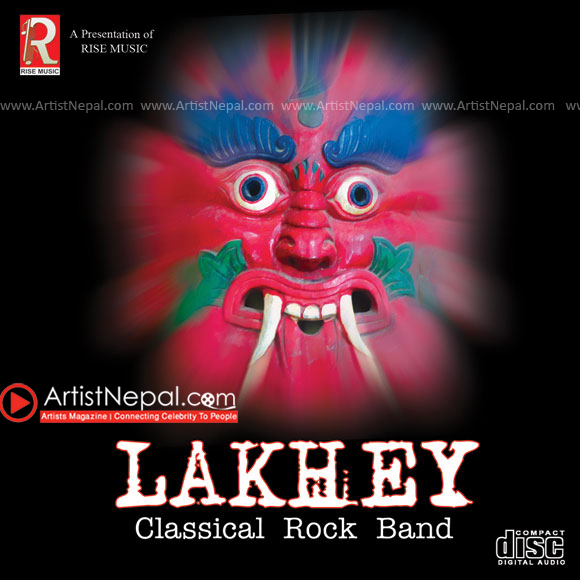 Lakhe Band is Fully trained and polished band in the Nepali Music Industry.…[+]

Rise music is newly estblished music company with an enthusiasm and dedication to promote Nepalese Artists, Nepali Music and Entertainment Business. It organizes events for standardizing and uplifting evtertainment business.

In this regards, Rise Music is going to present totally new Classical Band Lakhe and there brand new album “Lakhe” as the 11th album of Rise Music.

There are many bands which follow western style of name and music but lakhe wanted to symbolize our culture from their bandís name ëLakheí . Talking about lakhe band , it is totally Classical Rock Band with 6 members in which Sanjeev Ale (Vocalist), Suraj Bista (Bass), Ashok Gurung (Lead), Sambhu Baniya (Percussion), Bibek Shrestha (Drum), and Saroj Pariyar (Keyboard) established just one year ago. Lakhey is dream project of Sanjeev Ale and Suraj Bista.

Lakhe Band is Fully trained and polished band in the Nepali Music Industry. Sanjeev Ale is One of the best students of Prabhu Raj Dhakal. He is Junior Diploma Gldmadalist, First Prize owner from ìKala Nidhi Indira Sangeet Mahavidhyalayaî, and Third Prize owner in Modern Song Competition Organized by Radio Nepal. He has completed Bachelor in classical Music and has been working as vocal teacher in Arco Music Center & Surade Music. Suraj Bista is another prominet member of Lakhe Band. He is an M.A in Ethnomusicology working as freelancer Bass Guitarist with 12 years of Experience. He was involved in ìSoul of Ragaî. These two member are the reason for the generation of Lakhe Band. Other members are also supporting them without whom Lakhe is Incomplete and they are doing their best to make this band a prestigious band of Nepali Music Industry. Almost all of them have been involve in music for then ten years.

This album contains six songs with the Feeling of Love, tragedy and nationalism. All of the songs are heart touching. They have put their all effort to make this album them prestige of Nepali Music Industry or not.