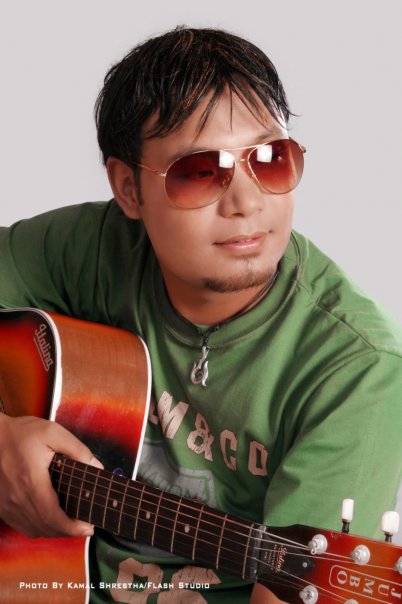 Deepak Swopnil Shrestha is a Nepali singer and composer. Shrestha has been in the music field for the last 15 years, and he has over 100 songs under his belt. He has released two albums ‘Result’ and ‘Obtain’ in his career while he has also lent his voice to few collection albums. Moreover, he has also released a Newari album, a bhajan album, and two albums of children songs as a composer. Also, Shrestha was one of the three singers to represent Nepal at the stage of ‘Saregama World Series’ in 2060 BS.

Shrestha was born in Dolakha Bazaar, Bhimeshwor, Dolakha. He was interested in music since his childhood. His father used to sing and he used to join him — his father is his musical inspiration. Moreover, he participated in many singing competitions in his hometown, and won them as well.

He began music professionally in 2054 BS by recording a song. He was studying in Class X then. After SLC, he came to Kathmandu and joined Lalit Kala Campus to study Eastern Classical music. Shrestha has BMus in Eastern Classical Music.
In 2060 BS, Shrestha became one of the three singers of Nepal who were selected to participate in Zee TV’s ‘Saregama World Series’ held in Dubai. It was a big achievement for him as he got to broaden his musical horizon from music legends like Ghulam Ali, Jagjit Singh and Zakir Hussain for a month.
As a singer, Shrestha then released his first album in 2060 BS. Titled ‘Result’, it was a pop adhunik album. In 2065 BS, he came back with his second album — ‘Obtain’. The second album was also a pop adhnik album. Other albums include ‘Etar’ (Newari album) and ‘Anyatha Saranam Nasthi’ (bhajan album). His two albums of children songs are ‘Bal Sargam’ and ‘Shubharambha’.
In 2069 BS, he took part in Radio Nepal’s Adhunik National Singing Competition where he reached Top 10. Since that year, Shrestha also took up the job of a music teacher. He teaches music in nine schools including Kaulsaltar English Boarding School.
Meanwhile, Shrestha is now working on his third album. The album will be released soon.

Shrestha lives in Timi, Bhaktapur. He is happily married to Laxmi Kutu, and he has a son. His wife is the Principal of Kausaltar English Boarding School. Other than music, Shrestha likes to watch football, and plays badminton. He believes ‘health is wealth’.