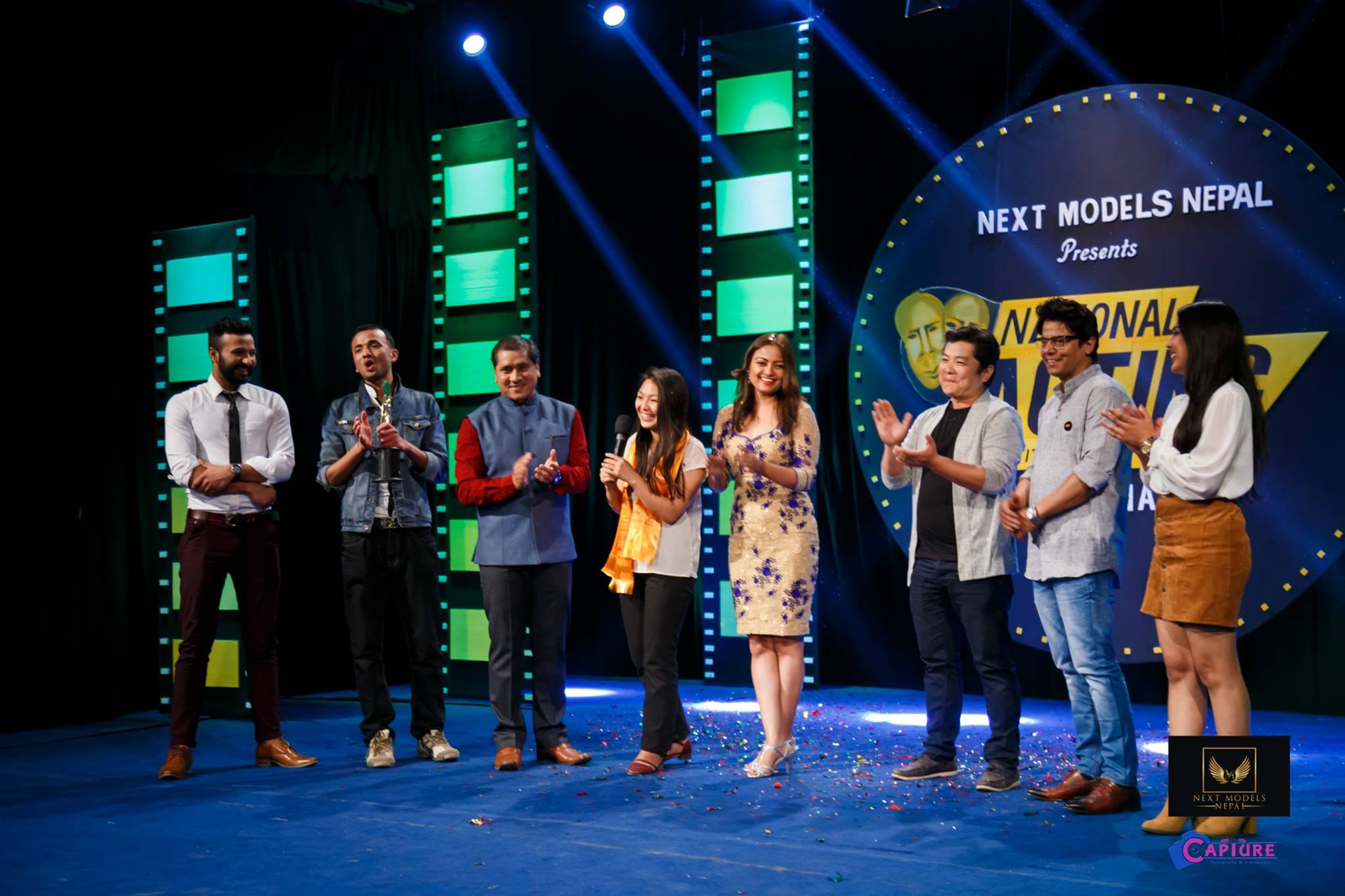 Anu Thapa from Gulmi won the country’s most…

Smriti Sapkota/Kathmandu
Anu Thapa from Gulmi won the country’s most well-known acting competition ‘National Acting Competition’ organized by Next Models Nepal. More than thousand contestants had given the audition and from different competitive rounds, the top 3 winners were selected. She got gift hampers worth 2 lakhs 50 thousand and offers for acting in movies and advertisements. Nischal Karki from Dhanusa and Ujjwal Adhikari from Panchthar grabbed second and third place. Actor Dayahang Rai, Actress Richa Sharma and Actor/Director Anup Baral judged the show hosted by Choreographer/VJ/RJ Rojin Shakya. The show used to be aired on Image Channel on Thursday evening from 8-20 pm. Ravi Dhamala, the chairman of Next Models Nepal believes that this show gave exposure and experience to acting lovers.