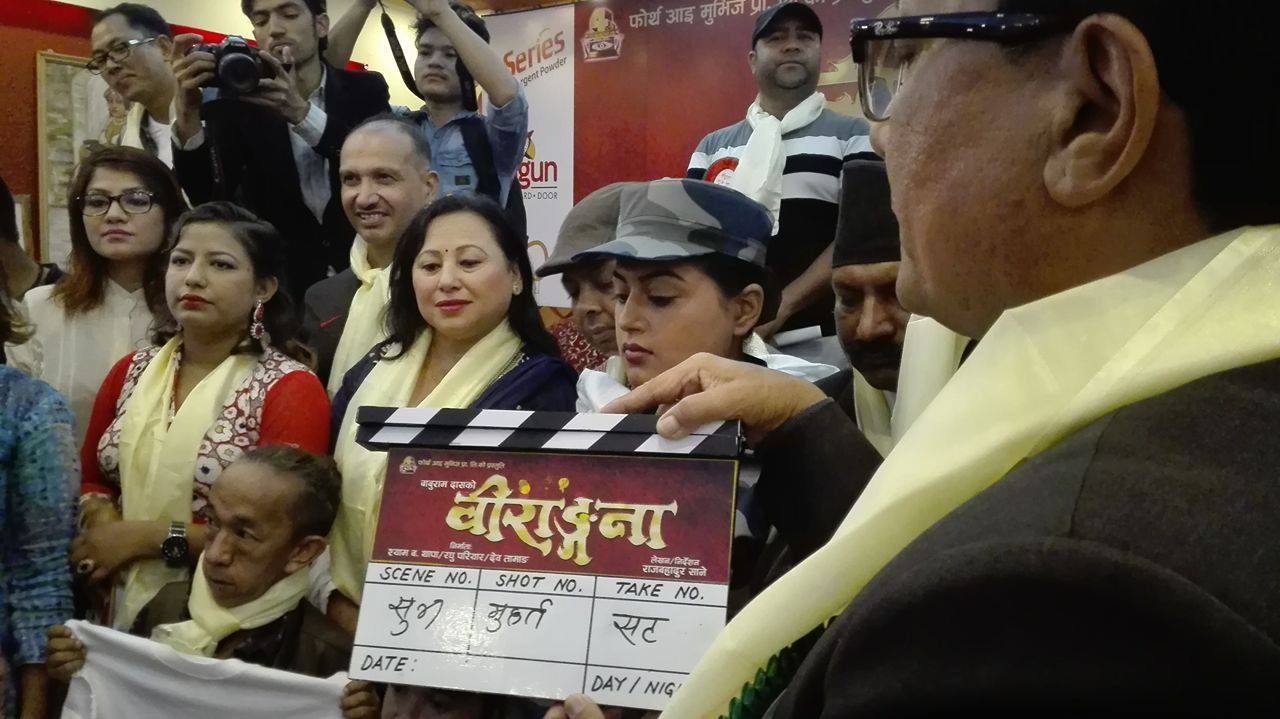 movie “Birangana” amid a function held among filmmakers and journalist.

Fourth Eye Movies Pvt Ltd has announced a movie “Birangana” amid a function held among filmmakers and journalist. The film is based on the illegal activities that are done on the country boarders. Also, how soldiers fight to protect the nation and what other roles should they have to play with are the main subjects for the movie. The movie will also be based on women centric roles. Love and family drama can also be expected in the movie. The title of the movie is kept Birangana to signify that the brave Nepali women fighters are no less than any other soldiers and can do anything to protect the nation. The act of trained horse and monkey can also been seen in the movie.