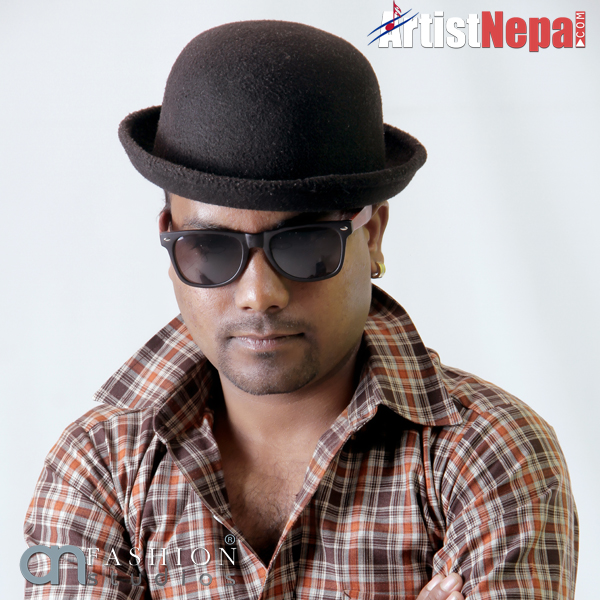 Ramesh Shrestha (Melody) is a Nepali singer and composer. The 29-year-old (born in 2043 BS) entered Nepali music industry in 2012 with the album ‘Aankha’. His debut album was made of 6 songs in which he has displayed his talent of singing, composing and writing songs.
‘Maile Maya Gare Timilai’, ‘Ropi Diyau Yo Dilma’ and ‘Aankha Aankha Judyo Kyare’ are some of the songs of ‘Aankha’. In this album, Shrestha has tuned and sung the lyrics of Prem Bharati, Basanta Rai, Shankar Adhikari and Hari Krishna Gauli.
From Dolakha, Shrestha has diploma in eastern classical music. However, he likes to do varied compositions, from semi classical to lok pop to adhunik. Other than his album, he has also composed songs for other artistes including singer Shiva Pariyar’s ‘Haat Ma Puja Ko Thali’ which is a contemporary song. And he prefers melodious and lok pop songs as a singer.
Listening to singers like legendary musician Narayan Gopal, Shrestha got interested in music. In his musical pursuit, second album is his next step. This album which has been titled ‘Aankhi Jhyal’ is on its way while the music video of one of the songs ‘Aankhijhyalai Maa’ is already out.