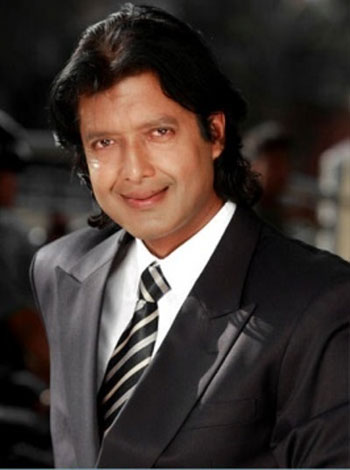 Biography of Super Star Rajesh Hamal
Rajesh Hamal (born June 9, 1964 in Tansen, Nepal) is a Nepali actor. He started his career with the movie “Yug Dekhi Yug Samma”. He is considered a dominant figure in bringing professionalism into the Nepalese movie industry.[citation needed] He has three sisters and a brother.
He studied in Nepal for a year at St Xavier’s Boarding School up until grade eight later completed his education from Moscow. He finished his higher education (MA in English) from Punjab University, India. Due to his education he is once of the highest educated actor of Nepal. Even though he has Masters in English, Hamal hardly talks in English during his interviews.
On average, he finishes 10 to 12 films a year. Maximum being 16 films in 1994. In total Rajesh Hamal has played over 200 movies mostly all in Nepali Film Industry. Due to his busy schedule he admits that he doesn’t get time to see his own movies these days.[1] As being the top actor of Nepali film industry, Hamal is a driven profit margin for producers – once he in a film it will bound to succeed in box office.
In context of Nepal which has market constraints, every director thinks that no movie can see the day without roping him into their project. He has been also criticized for not changing his looks to the need of the characters in the film. His long hair which has long remained as his unique trademark, has overlooked by the producer saying the Nepalese audience like the long hair. He has also been characterized as a cop but his long hair finds the way into the movie.
In Hindu culture specailly in Nepal, once a mother or father dies, their son need to shave their head. But, Rajesh Hamal did not commit to this ritual which him depraised by media all over in Nepal.