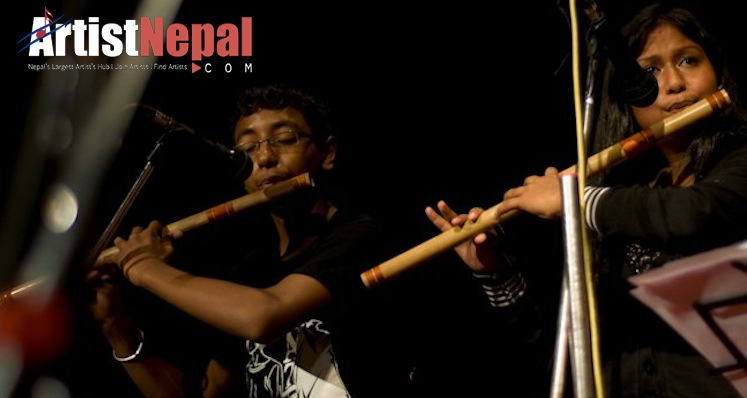 The ambience of Gurukul was rocking because of the live music. Music lovers had gathered for the pre-album release event of folk instrumental ensemble Kutumba on September 4. Kutumba accompanied by different artistes performed the new music from their soon to be released album.

The event started with a dhun (tune) named Yatra, performed by the band. “It is a new dhun from our album, which will very soon be released,” shared Kiran Nepali from the band. They played some more dhuns from the album.

It gave a performance with flautist Swarnim Maharjan, followed by one with Ashish Chirtrakar on guitar — they performed two dhuns Krishan and Radha. Almost everyone present tapped their feet to soulful music produced from guitar and flute.

The performance was getting livelier by the minute and the audience was swelling every minute. There was no place to stand and many could be seen standing even on the passage of the hall. It was then singer Garima Shah sang Sabai ma artha nakhoj, Biteka din and Basuri ko dhun ma. Equally enchanting was the sitar played by Sunit Kansakar.

Among all it was Sundari Mica, the Japanese singer, who was able to steal the show. Dressed in Newari attire Hakupatasai, she wowed the audience when she sang Resham firiri in eight different languages spoken by the indigenous groups of Nepal.