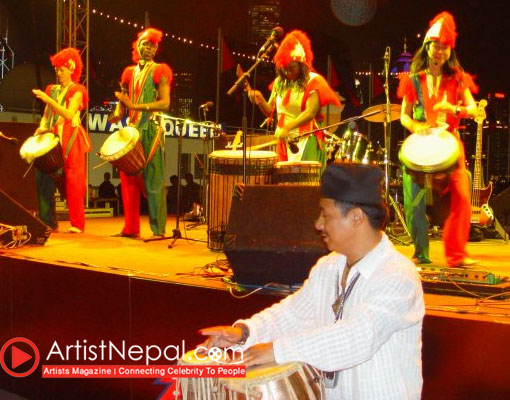 Chinese Dance Art Association (CDAA) organized “Golden Bauhinia National Culture and Talent performance Competition 2009” in Tsuen Wan Town Hall on 4th and 5th August 2009 on the occasion of the 60th anniversary of the founding of the People’s Republic of China (PRC) as well as for the Hong Kong 2009 East Asian Games.

On the second day of the program, a prize distribution ceremony was held. Mr. Hari Shrestha received an award for his impressive skill in “DRUM JAM” and Ms. Suku Limbu’s group received a Letter of Appreciation.