Concert started the event which saw popular Nepali artists like Sugam Pokharel, Kamal Khatri and Suman Shrestha on the stage..[+]

#ArtistNepal
The Christmas Eve was celebrated with gusto in the Valley. Many events were organized to celebrate the occasion and ‘Stars on the Red Carpet’ was one of them. Held at Hotel Radisson in Lazimpat, the event was a mixed affair that entertained audience thoroughly through dance, music, fashion show and comedy show among others.
Concert started the event which saw popular Nepali artists like Sugam Pokharel, Kamal Khatri and Suman Shrestha on the stage. Pokharel performed his famous numbers and his Dashain song — ‘Dashain Aayo’ at the event while Khatri and Shrestha also performed their hit songs.
After the musical treat, the audience got to enjoy fashion show, some dance moves, and mimicry in the next few hours. At the fashion show, models strutted their ways on the ramp displaying modern and ethnic wears. Choreographed by Sapana Adhikari, the show was a treat to the eyes.
To provide more entertainment to the people, humor was stirred at the event by comedian Umesh Mayalu who made people laugh with his jokes caricatures. The organizer of the event Binod Singh and the choreographer Adhikari also added some laughs. Singh, dressed as Charlie Chaplin danced with Adhikari to the tunes of ‘Jaalma’.
Moreover, Stars on the Red Carpet was graced by many stars of Nepali film industry including actress Keki Adhikari to name a few.
Organized by Singh of Rise Music Pvt Ltd, Stars on the red Carpet was a presentation of Hamro TV and was officially promoted by ArtistNepal. The event was hosted by Sushil Nepal. 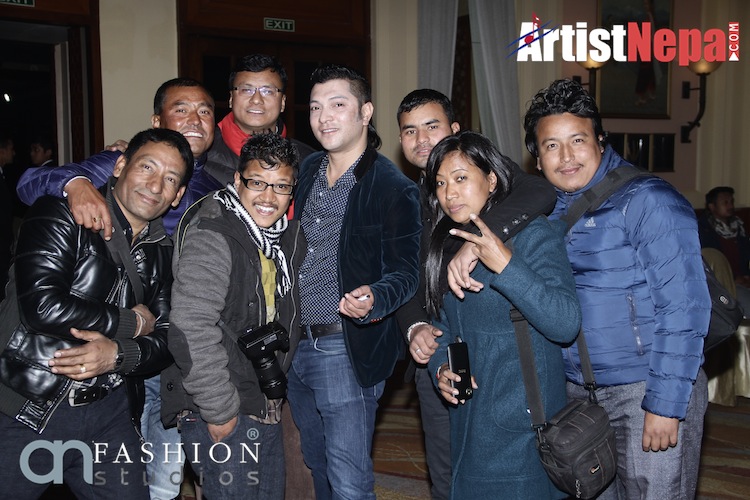 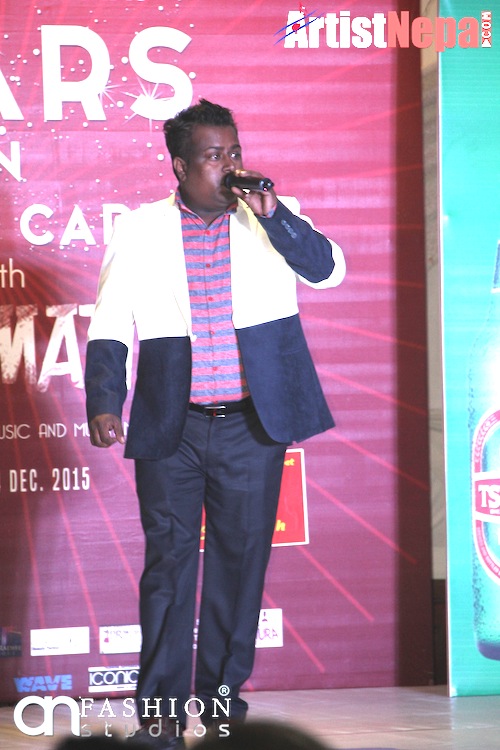 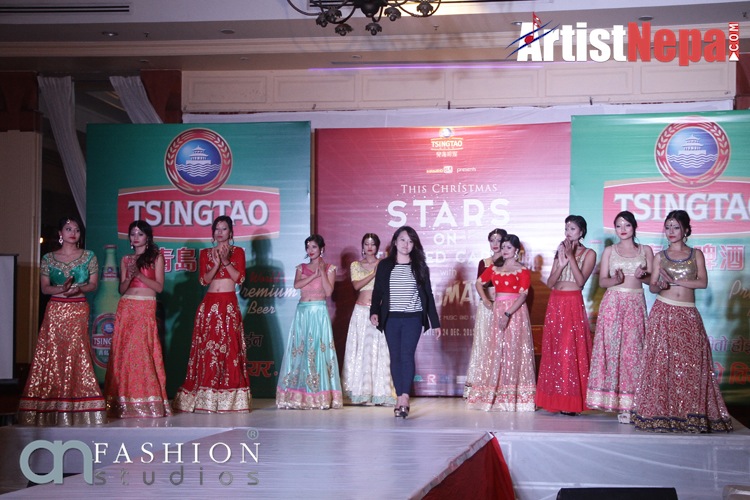 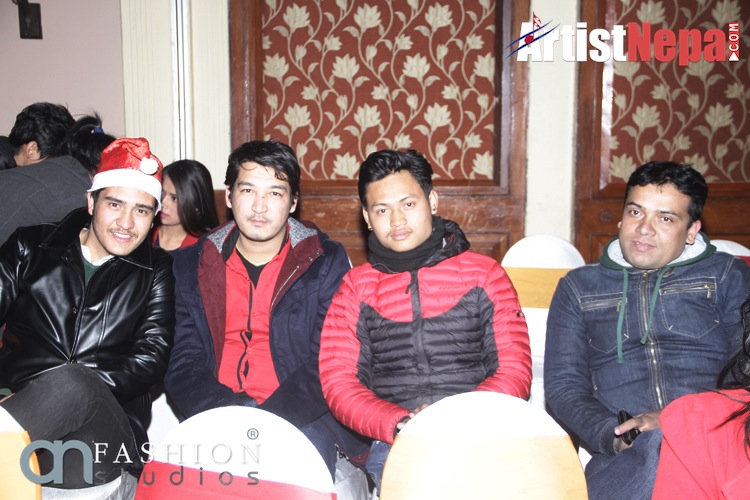 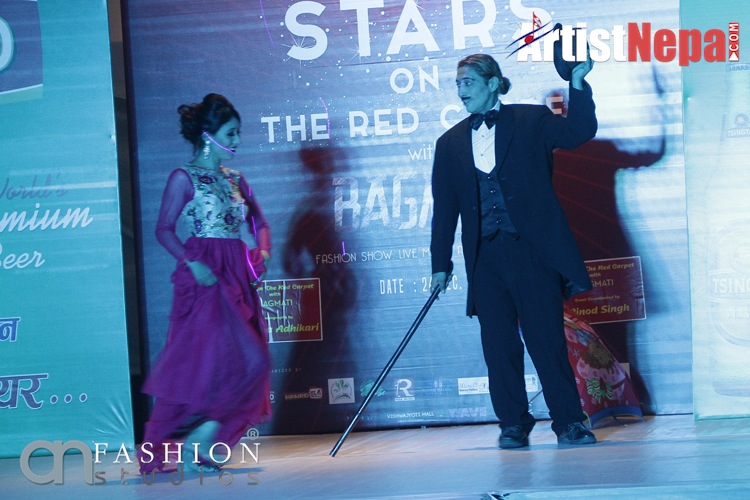 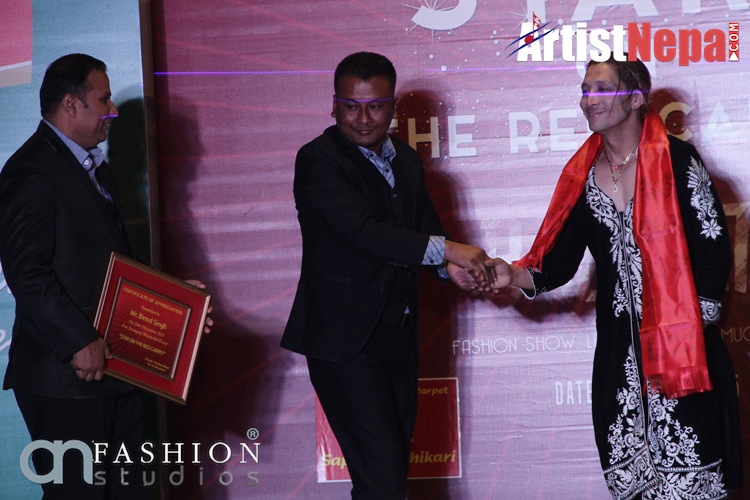 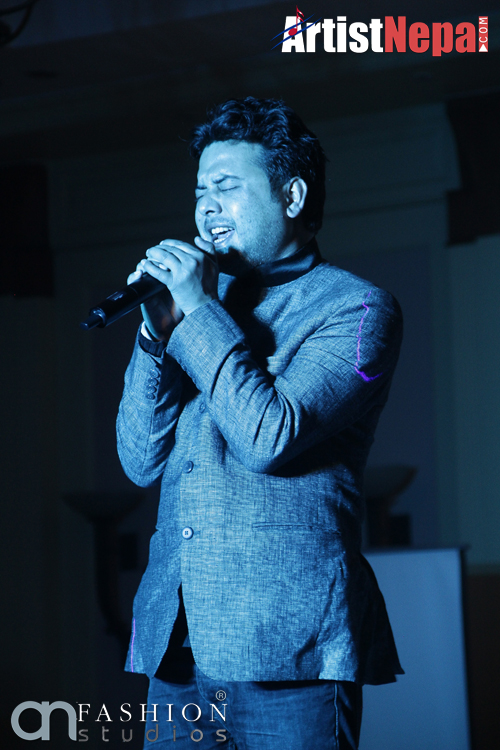 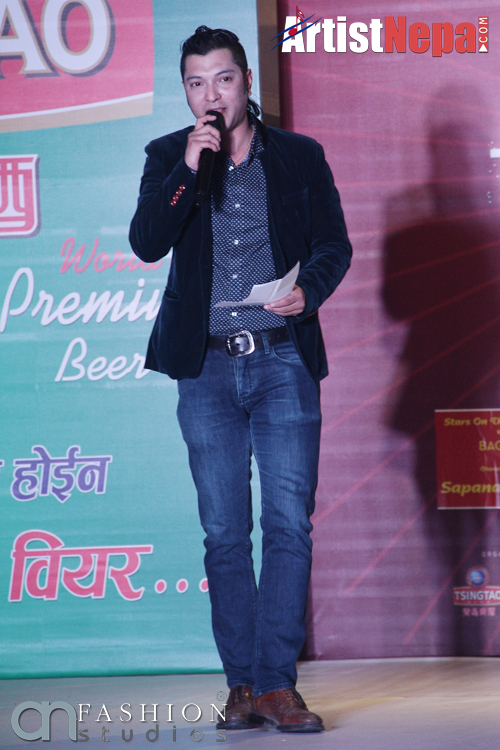 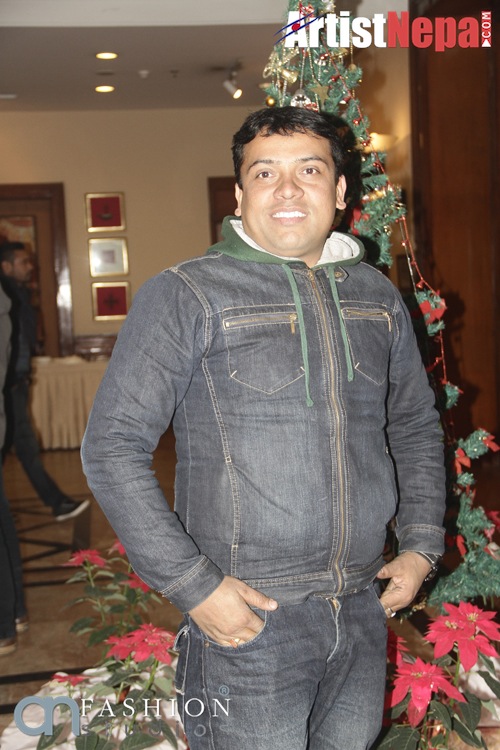 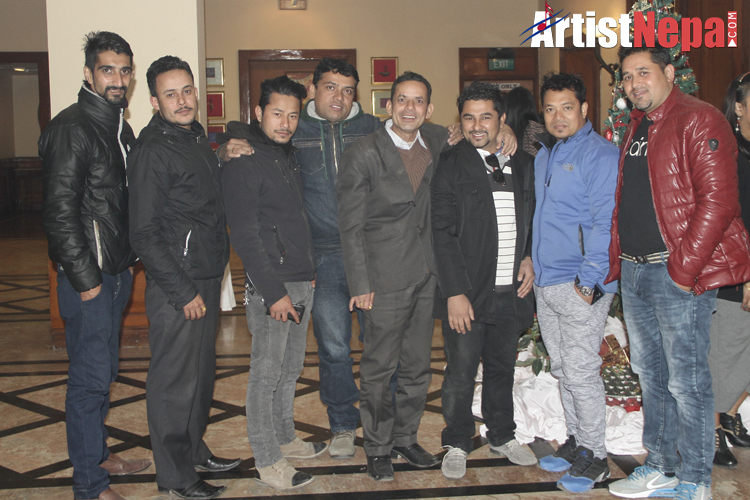