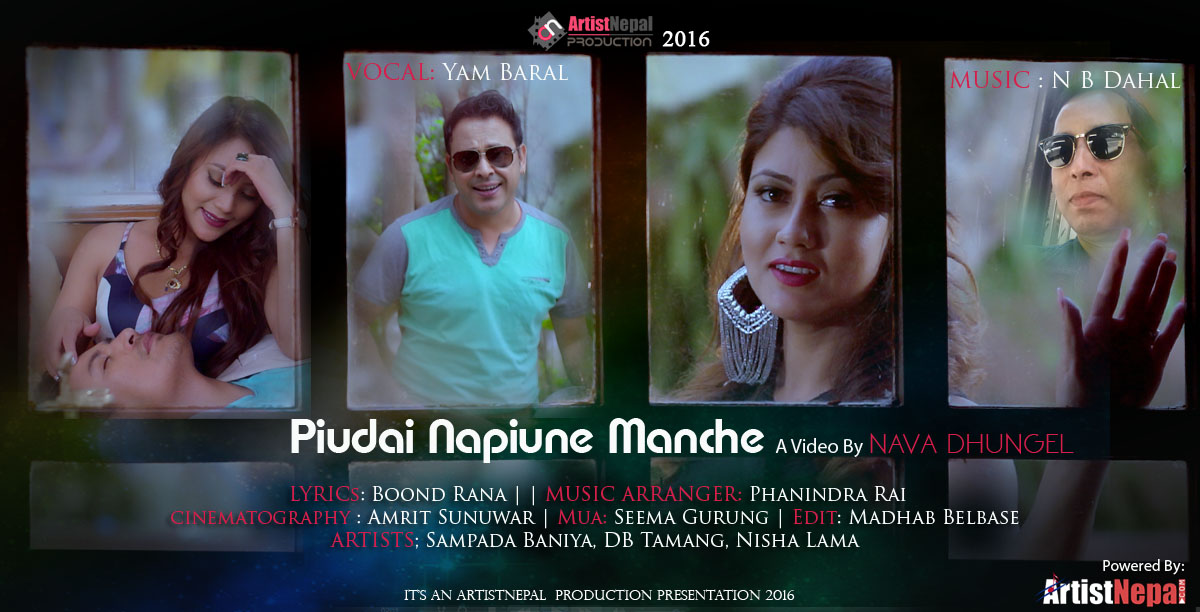 KATHMANDU: Adhunik singer Yam Baral is coming up his second single for his 14th album ‘Farak’. The song is titled ‘Piudai Napiune Manche’ and the shooting of its music video has been completed.
‘Piudai Napiune Manche’ has been penned by Boond Rana and composed by N B Dahal. And the music of the modern ghazal has been arranged by Phanindra Rai.

The music video of ‘Piudai Napiune Manche’ was filmed in Colina Holiday Inn and features Sampada Baniya, DB Tamang and Nisha Lama. It is an Artist Nepal Production 2016 and it has been directed by music video director Nava Dungel. About how a man can be influenced by alcohol, the video was shot by Amrit Sunuwar. Madhab Belbase is the editor of the music video.

‘Takka Maile Gadi Rokke’ is the first single of the album ‘Farak’ which will be released soon.