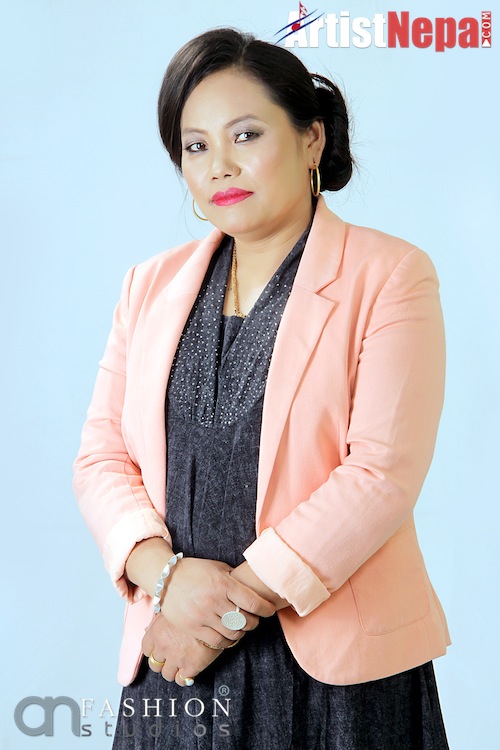 Manju Lawati is a folk singer who hails from Dharan, Eastern Nepal. In her more than a decade-long musical journey, she has sung more than 15 songs and has four albums — ‘Baaha’, ‘Thankot Nagdhunga’, ‘Khola Jastai Ho Re Solani’ and ‘Dharan Bazaarma’ under her belt.
The singer is pursuing music as passion since her childhood. She used to take part in cultural programs in her school. She also took music lessons in audhunik music to polish her musical talent in 2055 BS. And her professional musical journey began in 2058 BS when she released her first album. Titled ‘Baaha’, she presented eastern folk sounds in her album.
Luwati took her musical journey forward by singing in collection albums. In 2060 BS, she came up with her second album – ‘Thankot Nagdhunga’ which was followed by ‘Khola Jastai Ho Re Solani’ in 2066 BS. These two albums put forth western folk tunes of Nepal.
Her latest offering is ‘Dharan Bazaarma’. Her fourth album of four lok dohari songs comprises western and eastern folk elements. And the ‘Dharan Bazaarma’ featuers singer singer Laxman Limbu.