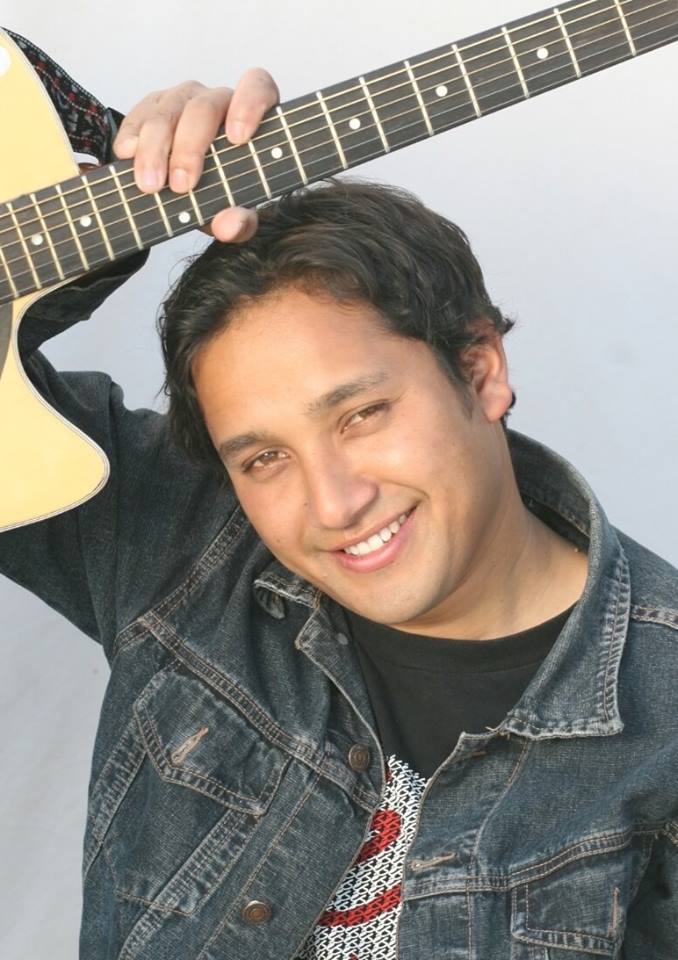 Kalyan Singh is a Nepali composer and songwriter. His works include Santosh Lama‘s ‘Batuwa’, Hemanta Rana‘s ‘Raat Ki Raani’ and ‘Muskaan’, and Nima Rumba’s ‘Jaadu’, among others. He has also directed music for films — ‘Visa Girl’, ‘Mukhauta’ and ‘Hasiya’. With the knack of composing different styles of music, he is one of the capable composers of Nepali industry.

Singh was born on March 2, 1983. He was born into a musical family. His father, Bhagat Singh was an instrumentalist who worked at Radio Nepal and it was him who taught him music. He started learning music with the harmonium. By the age of seven, he had learnt the violin. Even though he learned and played music in the next several years, he had not planned to pursue music professionally. On the other hand, nobody in his family thought that he would be in the music filed.

After completing his Bachelors level of education in 2002/3, Singh wanted to go to Australia for his further studies. But he was turned down and so he picked up music instead. With the help of his brother, renowned music director Raju Singh, he debuted as a singer with his first album titled ‘Fly’ in 2005/6.
Singh had written and composed five songs out of seven tracks for ‘Fly’. However, ‘Fly’ didn’t go well. And so, he chose to become a composer. Moreover, an incident took place at one of the FM stations during the promotion of ‘Fly’. The ‘hurting’ episode made him determined to become a composer as he felt, “I won’t come to this FM station but my music will.”
If that incident hadn’t taken place in his life, he wouldn’t have worked hard and become a composer. His willpower to become a composer was further supported and encouraged by photographer,  cover designer, Lyricist Anil Sthapit.

Singers like Koshish Chhetri, Santosh Lama and popular popstar Nima Rumba motivated him and shaped his career. With Lama’s ‘Batuwa’ (2010), Chettri’s ‘Daiba’ (2011) and Nima Rumba’s ‘Jaadu’ (2011), Singh made a mark for himself in the industry. He feels lucky to have met people like them Sthapit, Lama, Rumba, and Chhetri.
In 2012, Singh also entered Nepali film industry as music director with ‘Visa Girl’. He later directed music for ‘Mukhauta’ (2014) and ‘Hasiya‘ (2014).
Singh has worked with both established and upcoming artistes in the industry. Renowned Nepali singers Om Bikram Bista, Devika Bandana, Rajesh Payal Rai and lyricist Basanta Chaudhary are some of them.
As a composer, the song ‘Rockstar’ which he wrote when he was in Grade 10 for his band Snowy Dessert is his first official composition.
Singh can write, compose and sing songs. But he prefers to compose music over singing. After ‘Fly’, he is less interested in singing. As good as he is as a composer, he is one of the sought out composers of the Nepali music industry.

—Kalyan Singh is an English teacher at Rosebud Higher School.
—His inspirations include American singer-songwriter and guitarist John Mayer and Indian composer A R Rahman among others.
—He wanted to become a jazz violinist and he regrets it now for not pursuing it. He is very passionate about jazz music.
—He is shy.
—He also participated in Shikhar Beat contest (popular contest then) with his band Snowy Dessert after SLC.
—His first composition is ‘Din Dhaldei Jancha’, which he wrote when he was in Grade 9. He wrote it for his friend. It was first played in Kantipur Radio in the show of Rhythm Brothers and he was embarrassed to admit that it was his work.
— YouTube is his music school.